This is a text widget. The Text Widget allows you to add text or HTML to your sidebar. You can use a text widget to display text, links, images, HTML, or a combination of these. Edit them in the Widget section of the Customizer.

5 days in Sarajevo- probable 1 or 2 days more days more than needed, but we kicked back some. Our Europe excursion is now half over. Weather was again perfect- hot one day but down to 49 our last night. The apartment was again not in the city center- about a 15 drive- with a great view from 5 stories up. We took a culture/ food tour of old town, a short city bus tour around town, a half day tour about the last war (siege) from a guy that was 9 at the time. Can’t say it was an enjoyable tour due to subject matter, but clearly an event that left a big footprint on Sarajevo and one that needs to be remembered so as not to be repeated. It was from April 5, 1992 to February 29, 1996 (1,425 days) – the longest modern day seige. There was still a lot of evidence of the war- bullet holes, gutted buildings, mortar craters, uncleared mine fields (in heavily forested and very rugged terrain). Also went on an alpine slide ride , saw the old Olympic village (1984 winter), Olympic bobsled run and ski jump (all pretty well destroyed in the war). I haven’t wa?tched all 6 but here is a link to a 6 part BBC series on the breaking up of Yugoslavia

Food was like most of the Balkans- meat&potatoes plus cooked veggies. Next we are going rafting down the Drina river on the border between Bosnia and Montenegro. Hope we don’t drown. 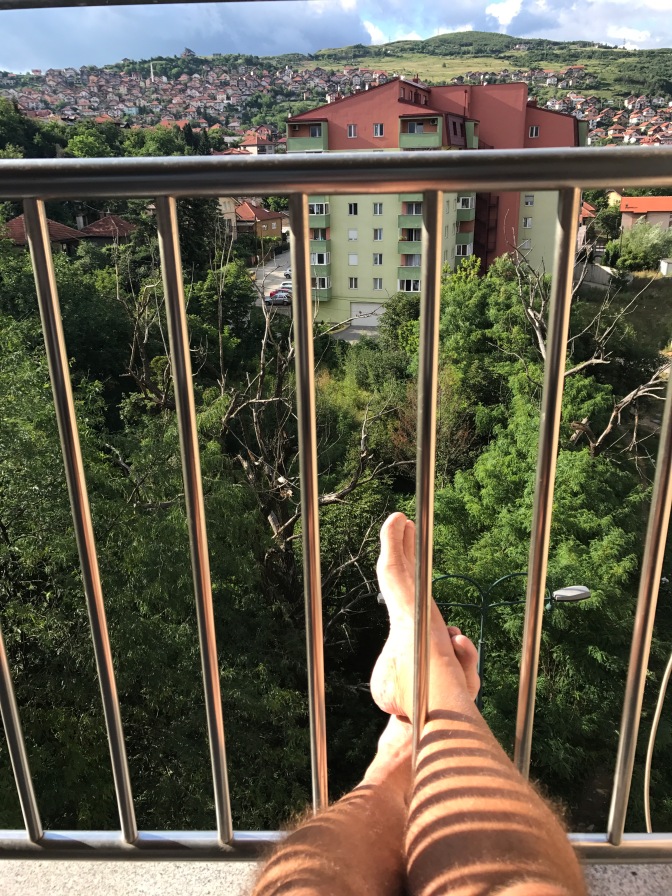 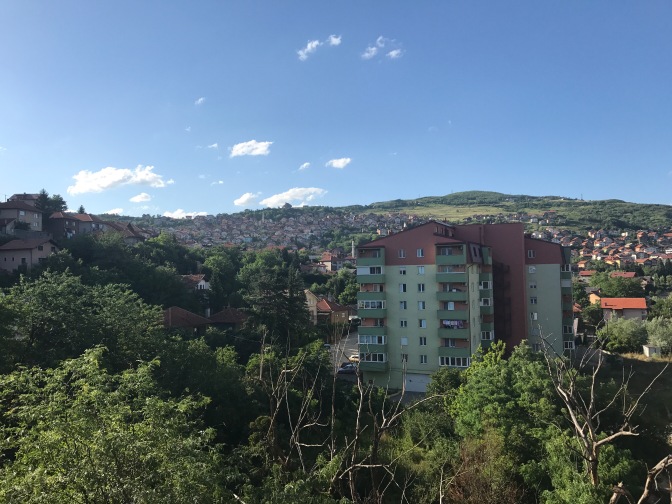 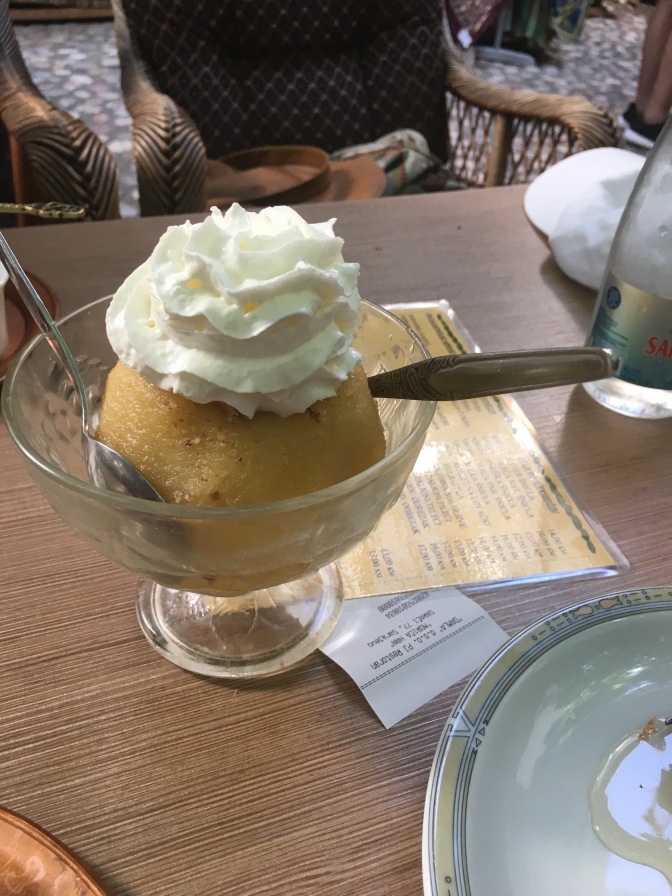 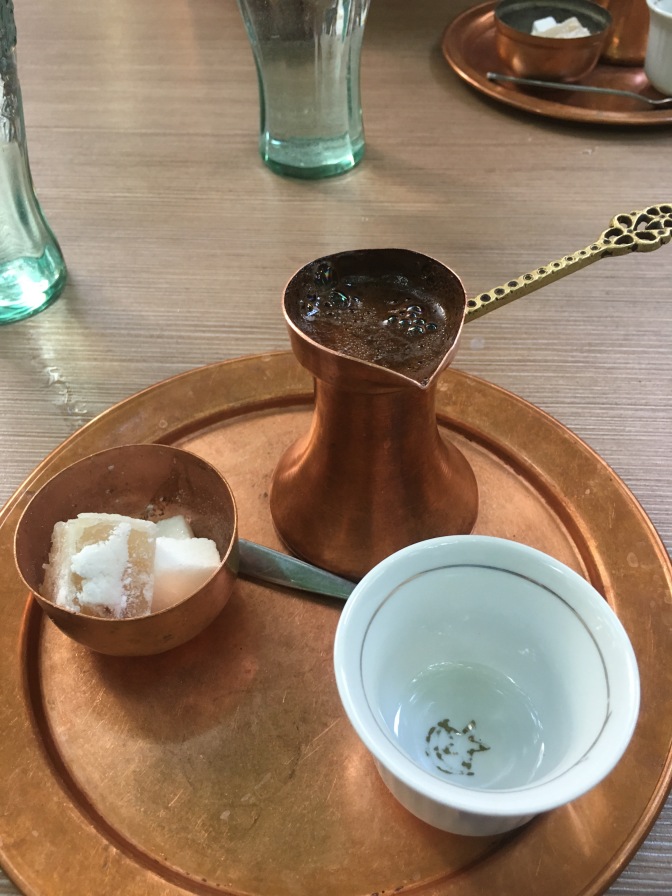 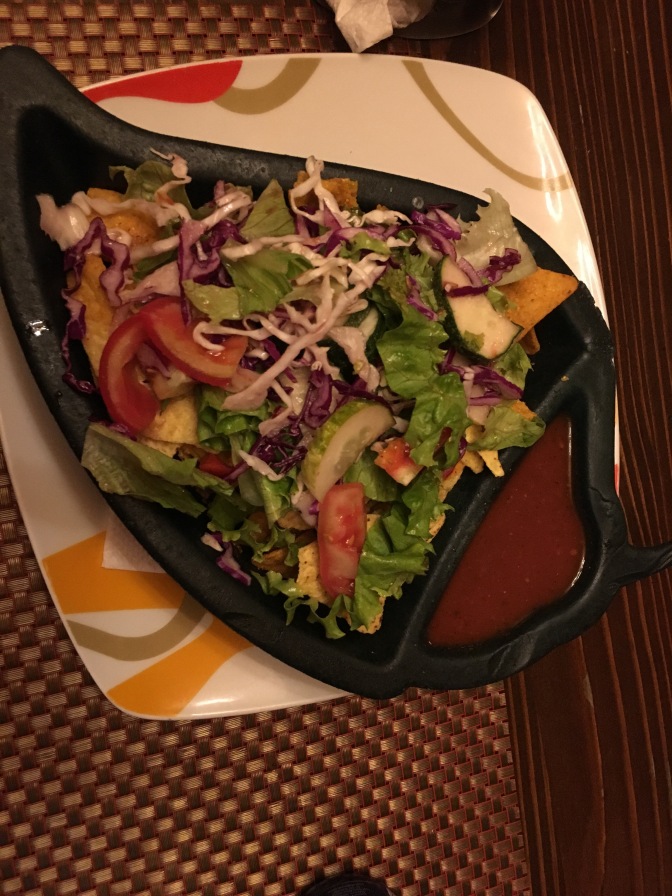 went to  the only “Mexican” restaurant in Bosnia- pretty bad shit- pic of nachos and then the tortillas and cheese for the fajitas ( meat not pictured)- I guess we wait until we get home for our Texmex fix. 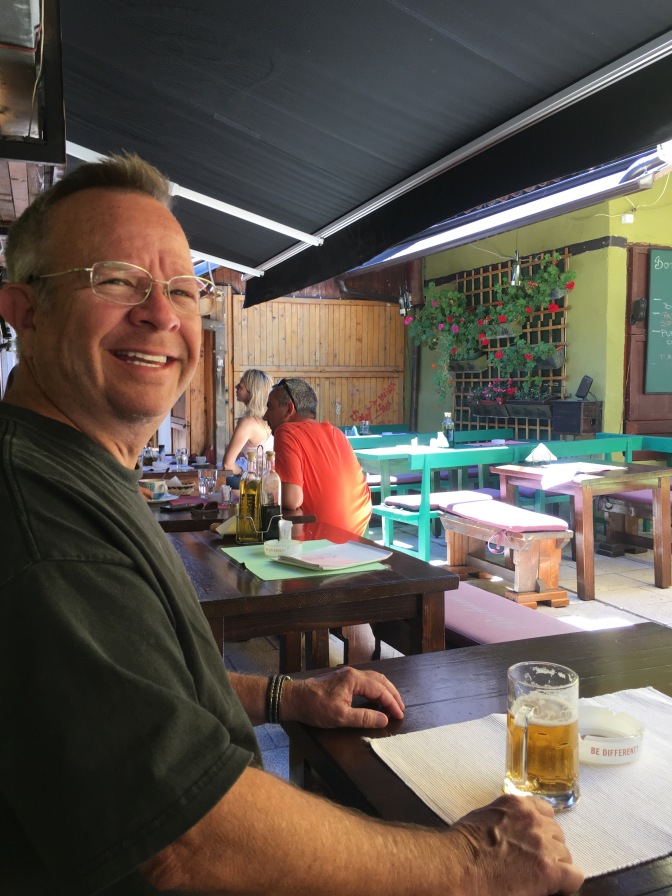 beer, lamb stew and something else for our last lunch 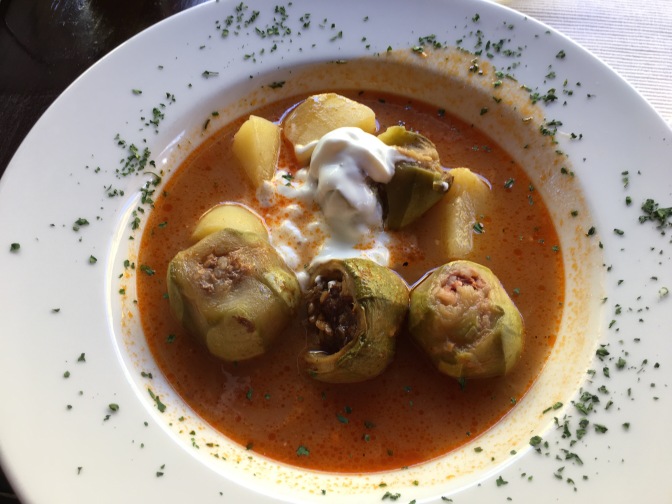 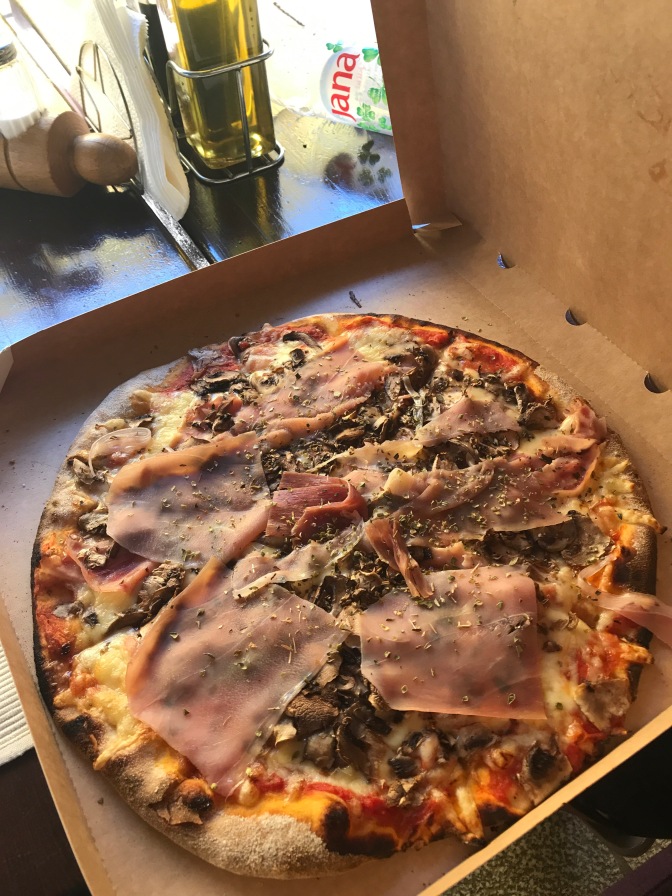 pizza for our last dinner

fountain in the middle of old town

locals playing chess in the middle of park 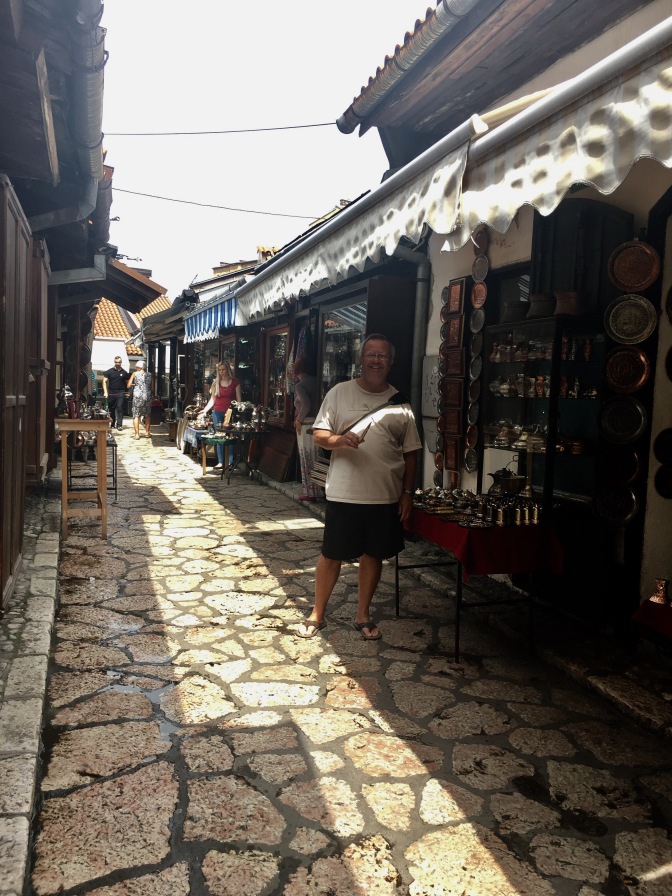 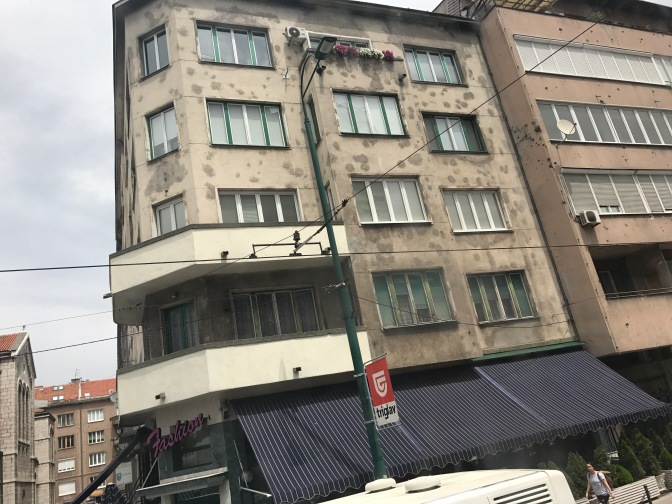 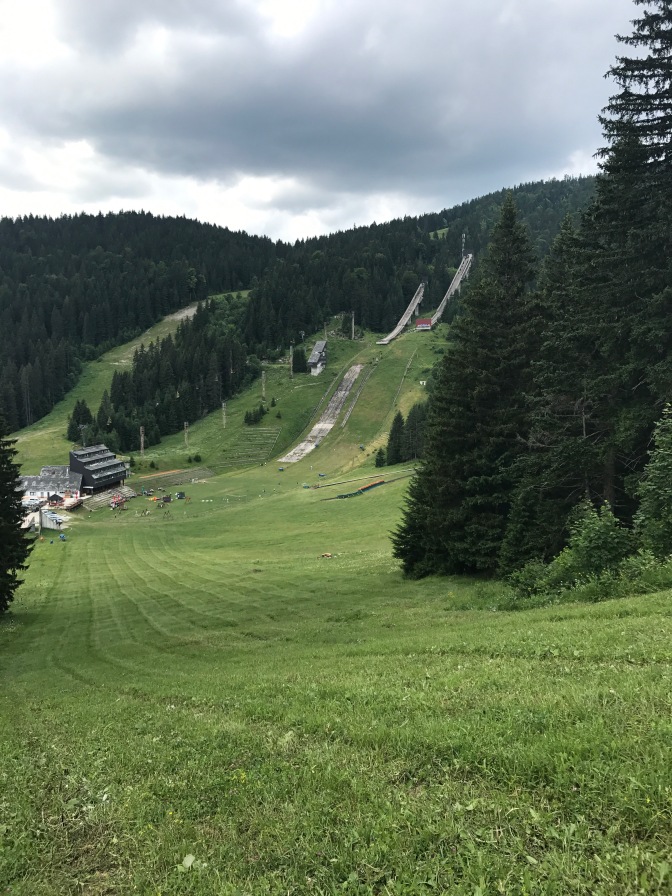 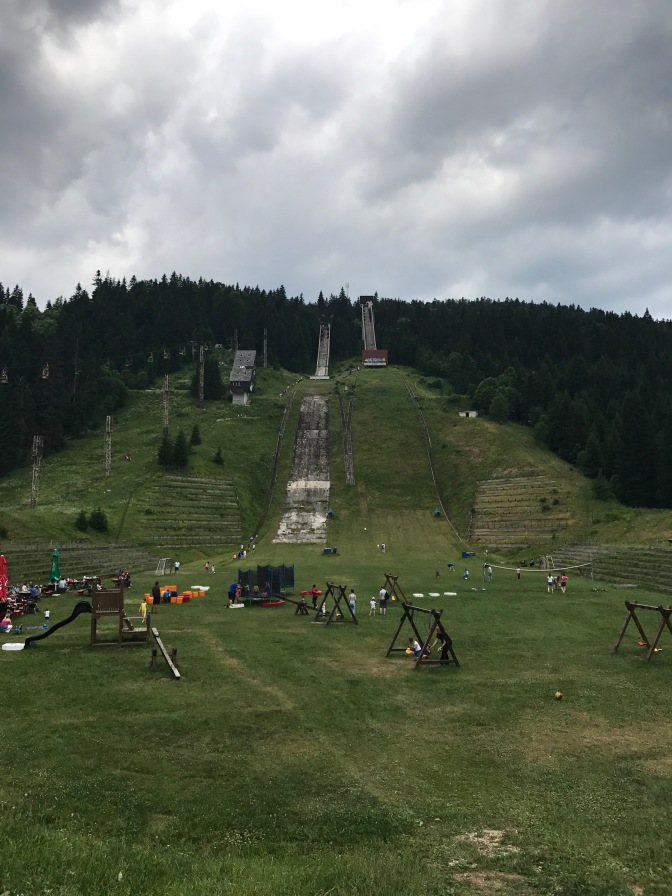 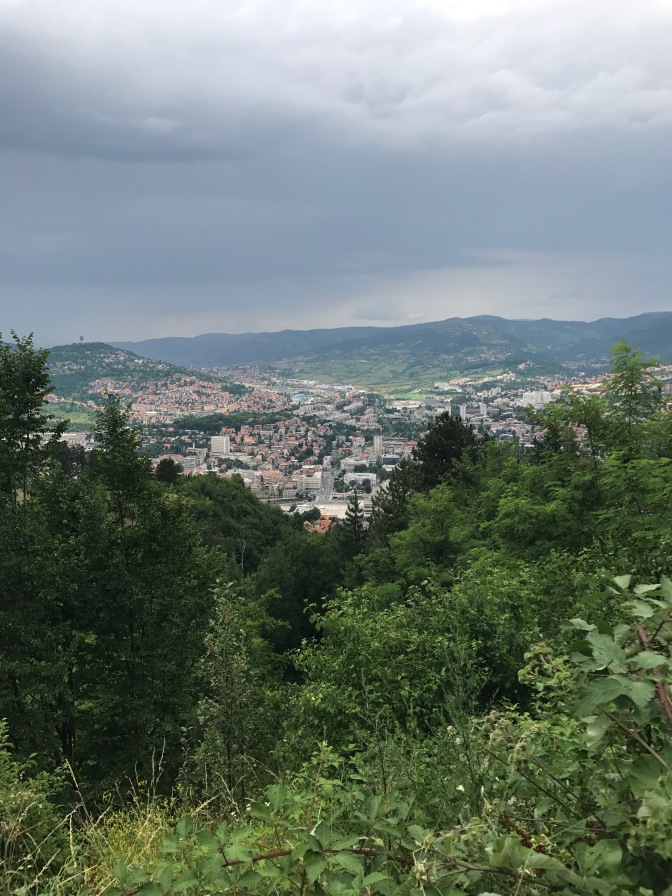 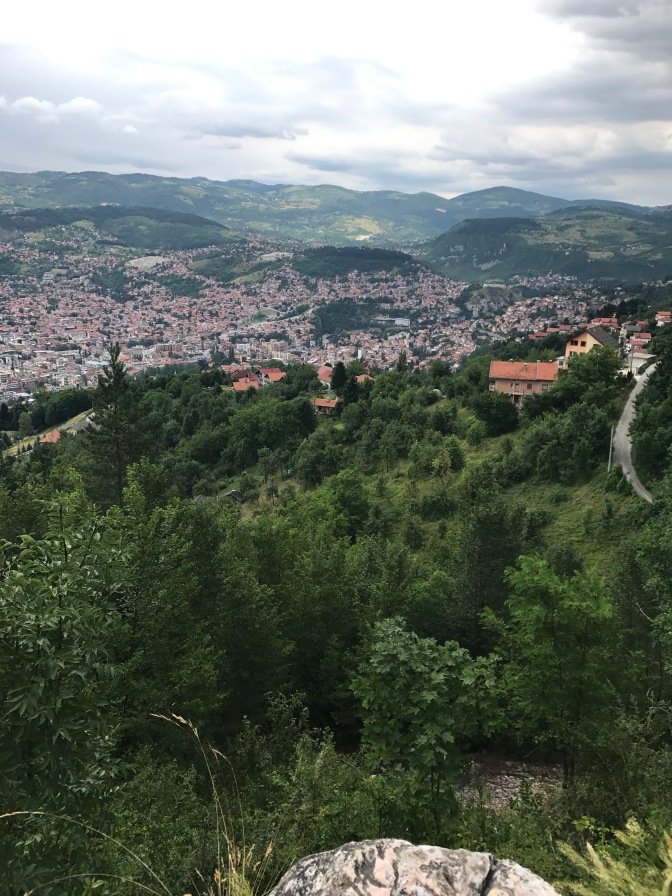 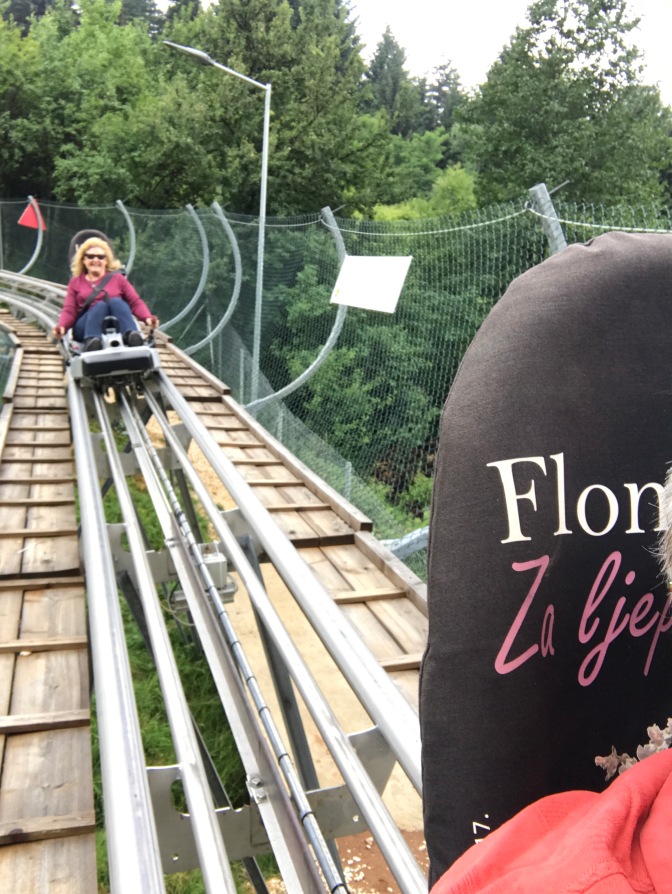 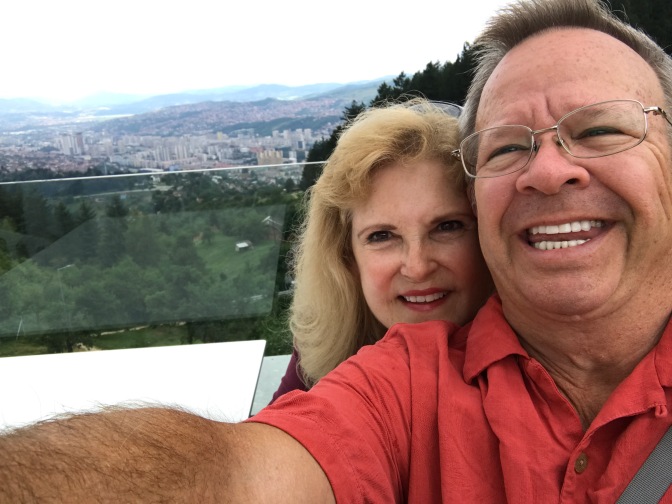 Recently retired and plan to travel the world over the next few years. View all posts by richcopeinretirement