This is a text widget. The Text Widget allows you to add text or HTML to your sidebar. You can use a text widget to display text, links, images, HTML, or a combination of these. Edit them in the Widget section of the Customizer.

Bucharest was great. Other than a little rain for one morning we had great weather for the week.  Almost everything is cheap here. I had 2 one hour massages at $20 each at a spa by the apt. The old looking soviet era apt complex we stayed in was much nicer inside than it looked from the outside. It was a short distance from old town and had much more local flavor. The food was great with Romanian food consisting of a lot of meat and potatoes (right up my alley). We took a couple of walking tours with great guides-met a couple stationed (he’s a doctor in the US Army) in Germany in a town we will visit so we planned to meet again. Almost everyone spoke English and the Romanian language is much closer to French or Italian than what I expected, which would have been like Russian. Russian Communism ruled until the 1989 revolt but then the elected government ending up being the cronies of the old communist leaders (top guy was executed in the revolt) so we heard many stories from locals of how they coped before 1989 with everything always rationed and how they handled things now with their new found “democracy” but many old communist rulers still in power.

We are off today on a 10 hour train ride to our next destination, Sofia, Bulgaria. It’s suppose to rain there for several days, but we’ll see if we can change that. 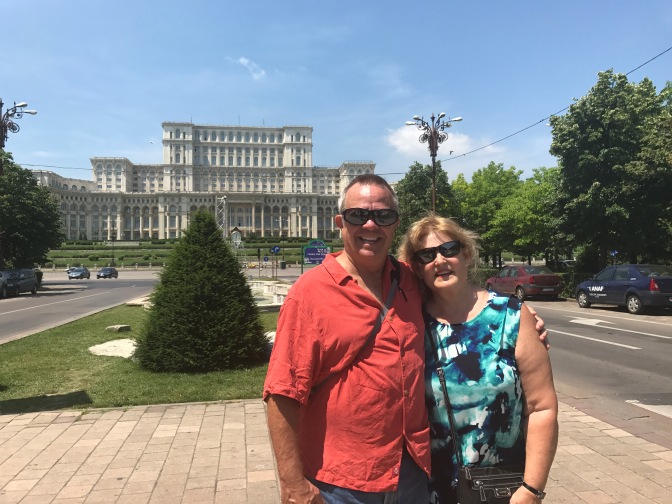 The Palace of the Parliament-it is the 4th largest building in the world. Started in 1984 by communist ruler  Nicolae Ceausescu it wasn’t yet finished when the revolution of 1989 deposed him. He and his wife were executed. The building is only 30% occupied. What a waste. That’s communism.

View looking down the blvd from the Palace of Parliament.

pooped after bike ride in park- headed home on subway

one of about 100 structures (this one a church) in the park that were donated and then moved to the park from all over Romania- representing how Romanian peasants lived from 1400 on.

day trip to Bran Castle- you know the Bram Stoker’s Dracula castle. Strange part is the castle had nothing to do with Vlad the Impaler who was the basis for the Dracula story. He lived elsewhere and was cruel, but only to the enemy (as a deterrent). He was kind to his people. 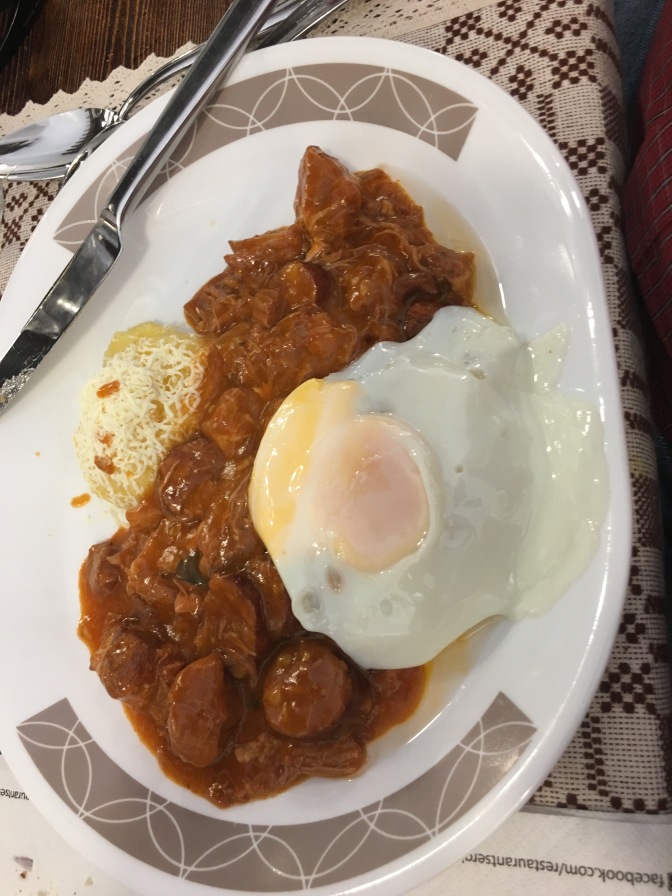 day trip to Peles castle which was built by the much loved king Carol I in the late 1800. (12 pics) 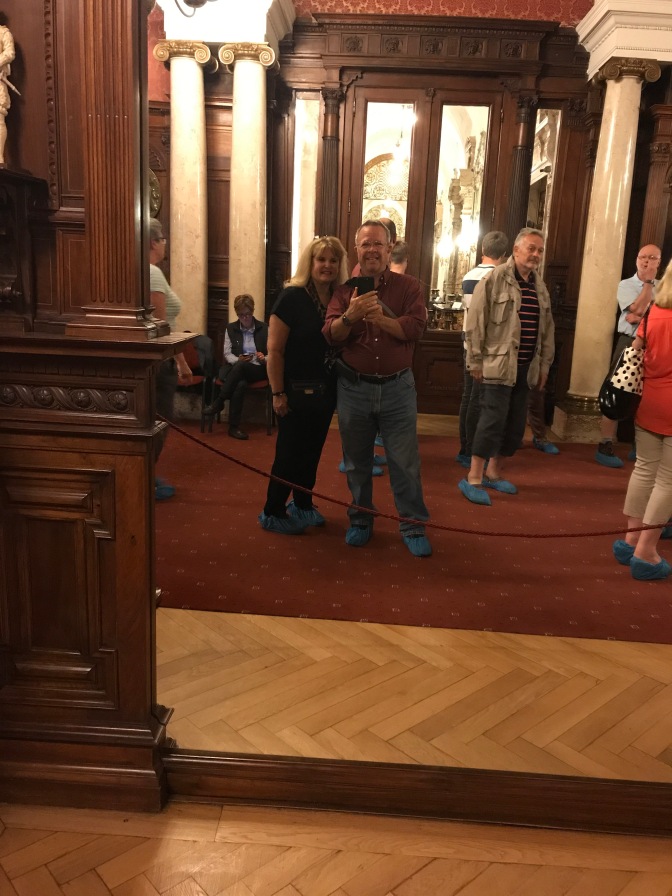 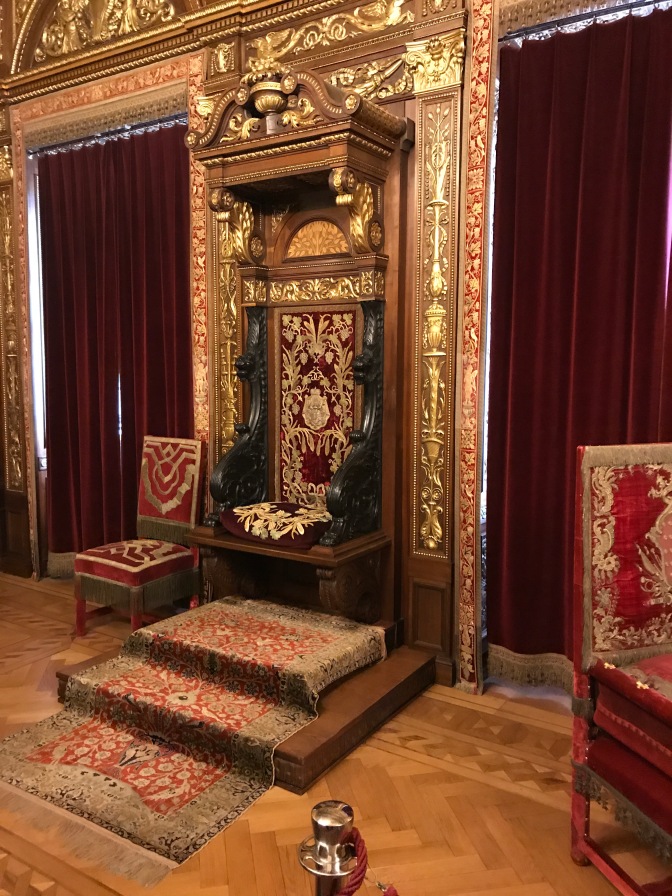 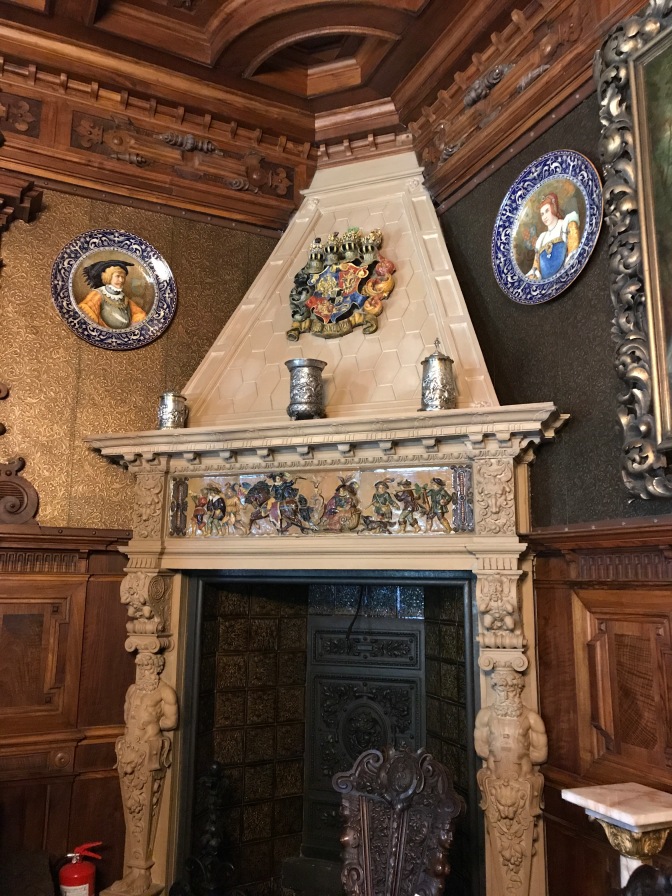 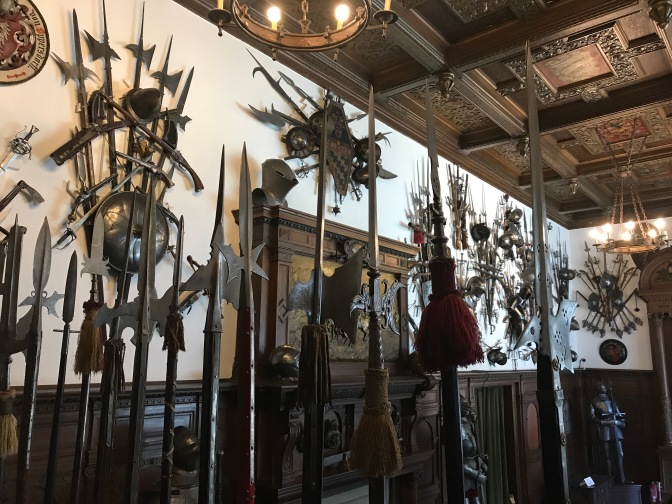 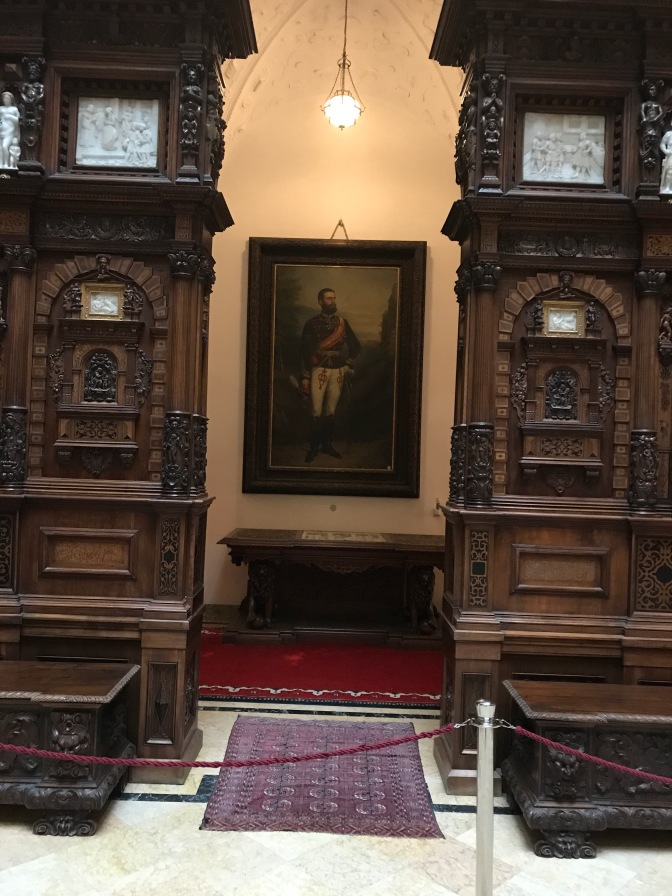 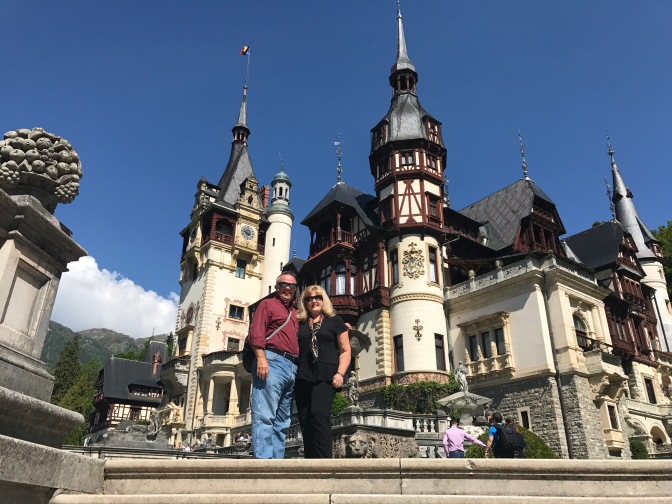 country side on day trip to Brasov, Peles Castle and Bran castle 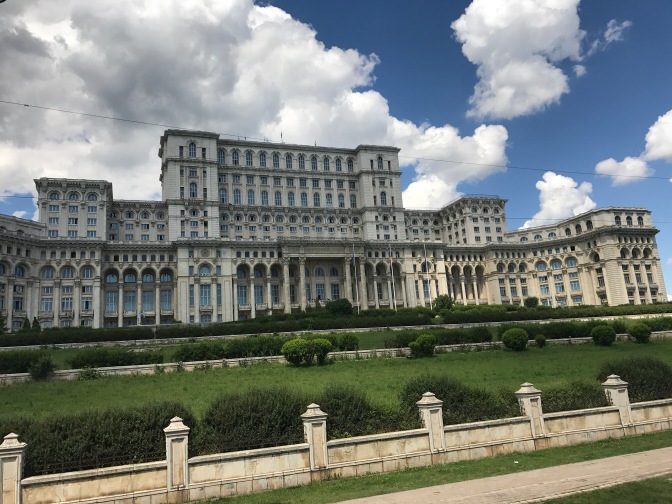 Arc de Triumph originally built in 1878 celebrating independence, it was destroyed twice ( originally made of wood-dumb shits) and then of stone in 1936.

food market on a tour

tour guides on both sides- they love me

they have the fastest internet in Europe- originally strung house to house by young men wanting to play games and share bootleg American movies during communist rule. Then internet companies just used the existing lines- on wifi at my apt I had 100 Mbps upload and 50 download ( kinda strange that download wasn’t more than upload)

at the restaurant down the street from the apt- big appetizer plate- meat, potatoes, mushrooms-yum yum

restaurant down the street 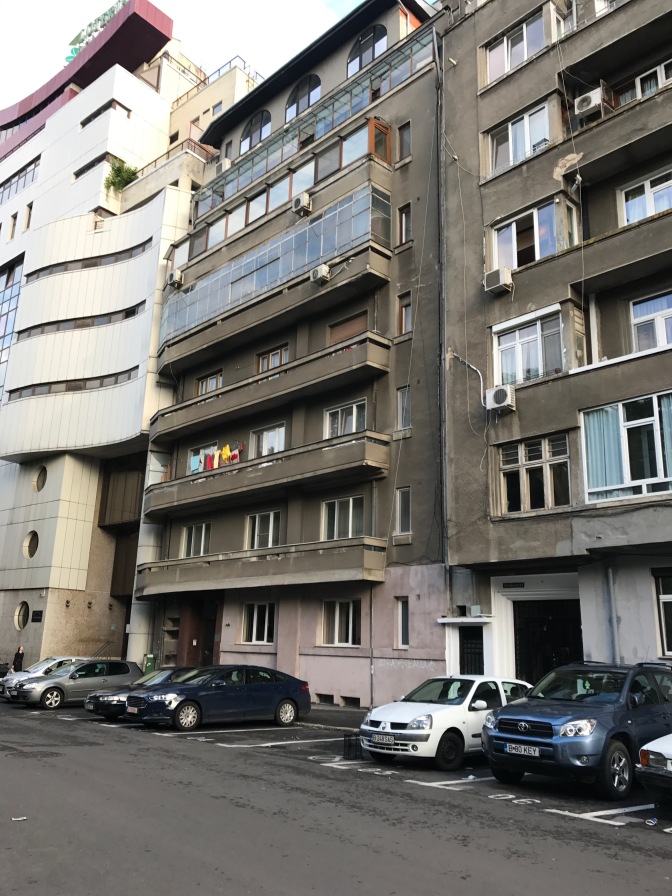 elevator in apt building- fits only 2

Recently retired and plan to travel the world over the next few years. View all posts by richcopeinretirement